Several months ago, I discussed my hypothesis that financialization and globalization gave us Trump and Brexit.  Now, if Trump is to be believed ಠ_ಠ we are about to see a tectonic shift in our economy, for better or for worse, from monetary stimulus to fiscal stimulus.

Monetary Stimulus: When the monetary authority of a country, such as the Federal Reserve, controls the supply of money, often targeting interest rates to boost economic growth, lower unemployment, and raise wages.

Since the Financial Crisis, we have seen extreme monetary stimulus around the world as interest rates have been suppressed to 0% and the money supply expanded.  Companies have been able to borrow money at rockbottom interest rates in the debt markets. Unfortunately, instead of using cheap money to expand their businesses and hire workers, these companies used cheap money for financial engineering, including share buybacks, dividend increases, and acquisitions of other companies.

What was missing was strategic fiscal stimulus.  The gridlock in Washington, marked by a defiant House and Senate, made fiscal stimulus measures virtually impossible to pass. Now we are about to witness a cocaine and Viagra-fueled spending binge, Trump-style. His plan for cutting personal and business taxes would, according to analysis from the Tax Policy Center, lead to a rise in the federal debt by $7.2T over the first decade. In addition, he has pledged to invest $550B in infrastructure and has spoken of ramping up defense spending, including adding 42 ships to the navy and renewing nuclear and missile defense. The agenda also includes supply-side measures including a regulation-burning bonfire.

It’s impossible to know exactly how this goes down, but since everyone else is making predictions, I will too.  Trump-style fiscal stimulus will take pressure off of reliance on monetary stimulus.  In fact, I would wager that we are likely to see the Federal Reserve raise interest rates to combat inflation, but they will be late.  As labor costs rise and cheap debt vanishes, corporate profits will decline.  Asset prices as a multiple of corporate earnings will cool off.  This, combined with tax cuts, will modestly shift wealth from asset owners to income earners – for now.  Unfortunately, consumer prices rise as wages rise, but perhaps seeing a fatter paycheck will be enough to appease the masses.  It’s very expensive smoke and mirrors. 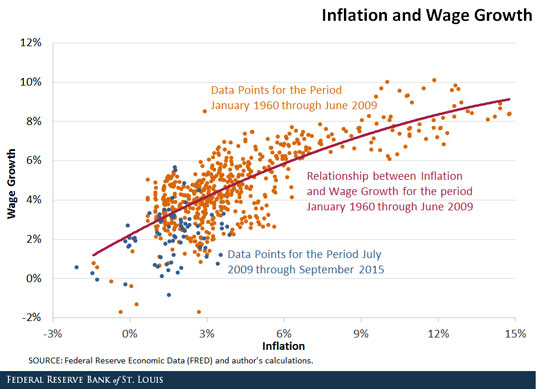 GOLD: The last time gold “worked” as a solid inflation hedge was 40 years ago, before you could buy or sell an armored truckload of it in a nanosecond with an ETF like GLD.  Has it lost its luster?

REITS: Real estate asset prices as a multiple of revenue is near an all time high due to monetary policy. While inflation means higher revenue from rising rents, it needs to be balanced against rising borrowing costs which impact asset prices.  Again, billions in real estate can be bought and sold instantaneously with an ETF like VNQ or VNQI.  The rising and falling moods can give a person whiplash.

TIPS: Treasury-Inflation Protected Securities are bonds with an interest rate component that adjusts with inflation.  Many do not realize that TIPS are priced based on expected inflation/deflation, so it is only when inflation exceeds expectations that TIPS outperform traditional (nominal) bonds.  Again, TIPS can be bought and sold instantaneously with an ETF like TIP, so changing expectations get priced in quickly.

STOCKS: Equities have historically fallen in value during inflation shocks, but as corporations eventually raised prices, stocks ultimately reclaimed their value in inflationary environments.  After all, you need toilet paper and toothpaste and antibiotics, regardless of the price.  If you want to roll the dice, consumer staples are getting hammered right now. 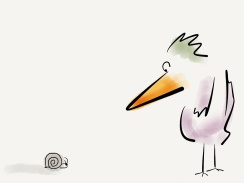