Commoditization – the process by which goods that have economic value and are distinguishable in terms of attributes (uniqueness or brand) end up becoming simple commodities in the eyes of the market or consumers.

In my last blog entry, I discussed financialization as a driver of wealth inequality and a generalized sense of insecurity and frustration among workers.  A key driver of financialization is the commoditization of a company, its products, and its workers, which allows for the spreadsheet gymnastics required for mergers and acquisitions.  The rush to distill every product, every service, and every employee down to a numerical spreadsheet entry results in expensive unintended consequences.  In most examples, the unintended consequences result from poor data quality, as either the wrong factors are being measured or the measurement itself is not reflective of reality .

We witnessed the problem with poor data quality combined with commoditization during the Financial Crisis when banks and mortgage brokers bundled mortgages into tradable commodities called Mortgage Backed Securities (MBS) which hid the true credit risk of their holdings (remember NINJA loans that required No Income and No Job aka “liar loans”) and then passed around these “high quality” securities from institution to institution like a hot potato before they cratered.

Businesses and their workers, even in some of the most unlikely industries, are increasingly being subjected to commoditization.  The most obvious examples are when key decision-makers fail to distinguish subtle differences between one company’s products or services from another.  This means markets are cornered by the cheapest or quickest solutions, as price or convenience becomes the principal basis for decision making rather than more subtle factors such as quality or reputation.  Some businesses respond by reducing prices and reducing production costs by cutting jobs, cutting wages, cutting corners, automating, or outsourcing altogether.

We see this with dog food.  A pet owner may choose to buy cheaper dog food without realizing that this cheaper product, while appearing similar with attractive packaging, is really full of cheap fillers and lacking in high quality ingredients.  The makers of high quality pet food are left with some difficult choices to make: either cut costs or do a better job of convincing consumers to pay up.  There have been many examples of pet food companies outsourcing to China with deadly consequences. 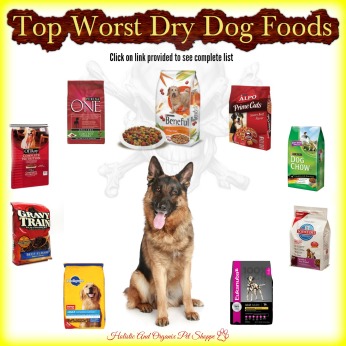 As companies grow in size, often through acquisitions, there is growing pressure to commoditize workers, which is to distill the value of workers down to hours worked and cost.  In larger organizations, business decision-makers are often unable to distinguish differences between one person’s skills and capabilities from the next.  As a result, inferior workers are deemed equivalent to superior workers.  This phenomenon can be seen across the spectrum of occupations, from fast-food workers to professionals like dentists, doctors, and attorneys.  For example, a hospital administrator may hire the cheaper of two surgeons for his medical staff, even though the more expensive surgeon has the technical skill to make smaller incisions, cause less pain, and return their patients to work faster.  The administrator remains blind to these difficult-to-measure distinctions and chooses based on labor cost alone.

In the 20th century, it used to be that once we got a certain degree, especially an advanced degree, that we’ve put in our time, paid our tuition, and are now entitled to a lifetime of gainful employment.  We just assumed that what wasn’t taught in school was learned on the job.  Unless we were a business owner, we weren’t required to take ownership or start new initiatives.  This is rapidly changing.  Degrees are rapidly losing their value as a free pass to a stable job.  For example, graduates of law school are faced with dwindling job prospects as law firms have become financialized and commoditized.

This phenomenon also impacts us as consumers.  For example, small dental practices are being bought up by large national dental companies, like Aspen Dental, which is owned not by dentists but by a private-equity firm.  They market themselves as a more affordable alternative to traditional dentists.  In reality, a recent class action lawsuit accuses them of pushing their employed dentists to hit revenue goals by coercing patients into unnecessary procedures, financed by high-interest payment plans.  This is commoditization at its worst and demonstrates a huge opportunity for dentists to differentiate themselves.

Which dog food are you?

Are you the human equivalent of cheap dog food?  Unfortunately, you’ve already been commoditized.  Are you the pricey, gourmet dog food?  Unfortunately, you are at risk of becoming commoditized.  The only thing that cannot be commoditized is the entrepreneurial ability to take ownership of projects and start new initiatives. Being forward-thinking about your work, rather than fixating on the current state (putting out fires), is a skill that cannot be easily replaced. This includes being able to allocate resources out of an area of low yield into areas of high yield before market forces demonstrate your lack of vision.  As Wayne Gretzky said, “I skate to where the puck is going to be, not where it has been.”

We cannot rely on others to collect data to justify our own jobs.  We need to keep careful accounting of our initiatives, our completed projects, and the quality of our outcomes. When spreadsheet obsessed executives come along to replace you with someone cheaper, your resume should focus on how you add value beyond what someone with similar degrees and certifications can offer. 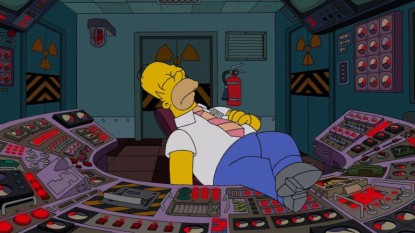 If you find yourself being the cheap dog food, all hope is not lost.  It is surely no easy task to remain valuable in an increasingly commoditized workplace, controlled by larger and larger companies.  In Japan and Korea, where mammoth conglomerates capture most of the wealth, the average retirement age is 70.  This will be us.  So stay flexible, and stay marketable.  We just may be faced with a situation where the winners will be people who can figure out how to stay employed until age 70 and beyond. See my post on building your human capital.